Death - most people fear it - think it's the worst thing that can happen.

But for me, with my chronic illness, it's no longer death I fear; it's increasingly limited life.

When I first got sick, I was frightened, but I had hope.

Hope that the medical community would fix me.

Hope that this or that med would help me.

Hope that God would heal me.

Hope that, if nothing else, I wouldn't get worse.

I no longer have any of those hopes.

What do I have?

The one thing I feared and fear more than anything else.

A prisoner in my own, declining body.

A victim of my own ignorance, the ignorance of my doctors; a victim of Big Pharma, and of poor choices.

Over a period of 4 weeks, I was given 6 (unnecessary) antibiotics, all of which are known to cause mitochondrial DNA damage; these meds were paired with counterindicated meds.

And I had no idea.

So I let them do it.

And now I have a degenerative acquired mitochondrial disease that's impervious to medications and insidious in its actions.

It's destroying my nerves; it's taking my hearing. My vision could be forfeit.

Most of my hair fell out. I am in constant pain.

Those body parts made of collagen? My joints and tendons? Disintegrating.

Did you know your rib cage can actually hurt? Mine has for 2+ years.

Antibiotics took my ability to have children. They destroyed my thyroid.

I was a writer...but the brain fog is taking my words.

The worst is probably the neuropathy - if you can't feel anything, then all you feel is sorrow.

I am overcome by my sorrow.

I have been sick for 4 years. Pretty much exactly. And in that time, I have watched, helpless and hopeless, as one by one the dominoes of my healthy body fell.

I can no longer feel my feet or my hands. Or my position in space.

I can still feel the pain though.

Ain't that a bitch?

I'm developing trigeminal neuralgia. And my hearing continues to decline.

There's a daily headache now. And I can't sleep.

Constant tooth pain, but I can't go to the dentist. When he filled a cavity last year, the double dose of novocain he gave me didn't numb the pain.

Did I mention drugs don't work on me anymore?

I cannot adequately describe the terror that is living a body that you can actually feel dying.

Having constant dry eye, throat and nose so bad you actually bleed.

What I have basically mimics having MS, rheumatoid arthritis, Sjogrens and hypothyroidism all at once.

It's a nightmare from which I cannot awake.

And one from which I cannot escape into sleep.

In my heart of hearts I know that I am dying.

Dying slowly and painfully, which is really the worst kind of death.

And there's nothing they can do.

They killed me in 2015...I'm just taking my sweet time about getting there.

There are others like me, but we are few and ignored.

We'll die - early - robbed of decades of life and experiences.

I have a beautiful husband, home, and dog. And I cannot give them everything I want to give them. I cannot be for them who I want to be - which is just pre 2015 me.

What happened to me was the result of greed - Big Pharma greed.

And ignorance. Doctors don't know what they're prescribing or how it works.

And my life is the price that will be paid.

I wonder how long I have left sometimes. But most of the time I just cry for my poor, diseased body and the health that I lost.

We do it for death.

But I am grieving while living.

Every day is a mini death - the loss of yet another vital function.

And I don't know how to cope.

I often dissociate - feel as if I am watching myself from outside myself.

I reach out to a few others who suffer. There is some comfort in knowing you are not alone. But that comfort last moments. And the pain never relents.

I marvel at the resilience of some others - how they endure despite overwhelming odds.

Many of these people lean heavily on faith - on the idea that there's a heaven, where they will once again be whole.

But I haven't the benefit of that belief.

Chalk it up to yet another thing I've lost in this process...

As I think about the limited time I have left, I consider what legacy I want to leave.

Sadly, I don't know how to shoulder that burden either.

I'd love to say I was a good friend, a defender of justice, a light - however small - in the darkness.

But I don't see any light anymore.

I'd give just about anything to see some light - to have some hope, however small.

To think help is just around the corner, so long as I hold on...

But I'm a dead man walking.

“Dead people receive more flowers than the living ones because regret is stronger than gratitude.” ― Anne Frank

When my sister died in July of 2007, she went from being someone I loved who was frequently on my mind, to someone I lost, whose memory I could not escape, even in my nightmares. Many's the morning I'd wake, having dreamt I was chasing her - down streets, through malls and places we'd been. She'd run, and, just when I'd give up hope of ever catching her, she'd stop, turn to look at me, and laugh, encouraging me to follow her.

Friends, give flowers now. Give phone calls. Give texts. GIVE TIME.

It's your most finite and most valuable resource. Guard it ferociously and gift it wisely.

My former "friends" on Stranger Things: why y'all don't come 'round no more?

We was close til I got sick; fair-weathers ducked out/side door

Thought we was love, in it for art but nah, you all just fame whores.

I don't think my family ever understood this about me.

If they had, maybe things would've been different. 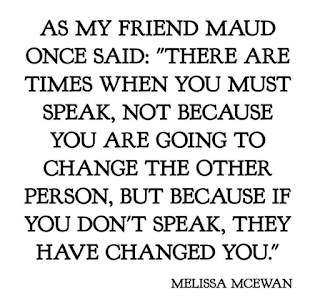 How I Holiday Cheer

I don't like the 4th of July. Never have. Fireworks (specifically, sudden, loud noises) scare me, and now that I no longer eat land meat, the enticing aromas are too much to bear.

Plus Americana paraphernalia is just ugly. FIGHT ME...

Anyway, about 7 or 8 (hell I dunno when EXACTLY it was) years ago, I went on a quest to tackle all my fears. Fireworks was a big one, so I went to the Mall in DC for the fireworks display. The whole time, Jenny Bybee Hammock held my head in her lap, squashing my ears down so I'd hear it less...it's one of my favorite memories. Of me. Of her. Of us. What a remarkable human being, friend, and mother she is!

So, on my fav Independence Day, I walked away from fear and was embraced by love. May it be the same for every one of you. Happy 4th, y'all.

so I can invent

Force you to fall

Down deep I know

the soul I drew

who you should be

to be with me.

shade's where I placed you

dream at night that I could hold you.

but you ain't hear

cuz your ears - not near

cuz I love you

I mean I think I do.

if you can love someone

In our best light

unless it makes it right

and by right I mean perfect -

I created a god.

I gave him your face.

and I gave him your name.

Both were there when I came

But I woke up alone.

I created a god

and I gave him a script

but - the real you - you don't come with that shit.

And if I ever met

saw you with my eyes

instead of my mind

I'd just walk on by

because you cannot be

quite as perfect as he