Today's Purim, and for those readers without a fucking clue what that means, I'll tell ya:

Purim is the Jewish holiday celebrating the Biblical book of Esther.

Basically "They tried to kill us. They failed. We won. Let's eat, drink, put on costumes, and throw a raucous party." 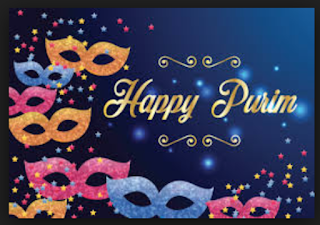 In the lexicon of Jewish holidays, Purim is a fun one.

But, while today is a celebration of Jewish triumph over those forces that wanted to see us exterminated, I'm not feeling particularly celebratory or fun...

CNN reported today - or, at least, I saw it today - that the shooter in Parkland, Florida, had carved swastikas into his guns, which he then used to mow down 17 innocent people, many of them Jews.

In France, a rabbi's baby was just subjected to an acid attack.

And it's only February.

Despite history's teachings, despite the horrors of the Holocaust, it seems we Jews still bear an unwanted, alien status.

As fascism once again rears its ugly head in Europe and the US, our status as "real" citizens of our respective countries is questioned.

For a faction of the population that's becoming more vocal and more violent, Jews are usurpers, interlopers, manipulators that cannot be trusted.

We are a pox, a plague, an infestation that must be eradicated.

It may be Purim, but some in our respective societies would rather celebrate a purge.

It's a dark, running joke within the Jewish community that many of our holidays are the same - They tried to kill us. We won. Let's celebrate.

That's the story of Purim, of Passover, and even of Hanukkah, to an extent.

We remember it with Yom Hashoah and Holocaust Remembrance Day.

But here we are, in 2018, once again facing a rise in antisemitism, fascism, and Far-Right Nationalism.

I feel like screaming, and not to blot out Haman's name.

Sure, we defeated Haman once. But what about the modern-day Hamans?

How long are we Jews going to have to keep screaming to blot out the Hamans for good?

It is said that those who refuse to learn from history are destined to repeat it.

And I am sad to see the beginnings of history repeating itself before my very eyes.

Where is our modern Mordecai?

Will another Esther rise from our ranks?

Need we Moses and another 10 plagues?

What more must we do to make this stop?

Tonight, if my resolve holds, I will go to an "American Ninja Warrior"-themed Megillah reading and celebration.

At first it just sounded like fun...but American Ninja Warrior Jews may be exactly what we need to face down this most recent rise in hatred, and I don't know if there are any Mordecais or Esthers to lead us out of this newest, yet millennias-old threat.

Maybe we need some ninja warrior tactics, as #NeverAgain is looking less and less likely.

Many await the Messiah.

But I subscribe to a saying by some Jewish sage whose teachings were in the footnotes of my sedur. The wisdom goes something like this: Live each day as if there was no God, and that every kindness and human advancement was dependent upon you alone.

I hope to do my part to make the world a better place.

A real friend stabs you in the front...

Adulting, in general, is hard. But one of the hardest things to endure is the severing of relationships that were once important to you.

Still, it's hard on the heart to wake one day and realize a once-prized relationship is over.

My mother once told me, "If you have even five good friends, you're lucky." I thought she was crazy. I was in school at the time, and I had scores of friends.

But now, as an adult, I see what she meant.

Friends are more than people you hang out with to have a good time. They're more than a group of folks with the same interests as you.

By this definition, I - and I bet many of you - have very few friends. Which makes it all the more important that we remember to cherish that blessed handful of people who'll be there when times get tough.

To those people in my life - I'm so grateful to have you. How wonderful you are! How special!

Every day in every way, I am indebted to you.

A prayer for Eli

My nephew, Eli, (age 2) has such a beautiful heart. My diet is pretty limited, so when I met the family for lunch today, I abstained from ordering, deciding rather to just eat at home. When all of the food came, Eli told everyone they'd have to wait to eat until my food came. <3 <3 <3

He then reminded everyone to say a prayer.

He leads the prayer each time.

It's a beautiful prayer he learned at his "school," and I love it because the prayer is kind, thoughtful, and respectful of all faiths. (If I can snag the words from Eli's folks, I'll post the prayer in the comments).

It may be yammering, but I'm just so proud of my nephew's kindheartedness. It reminds me of my brother, Justin, when he was a child - always thinking about everyone else...

It's hard to stay tenderhearted.

Life kicks everyone, but sometimes I think the tenderhearted get hit hardest...or maybe they just feel the blows more acutely.

So I want to take a moment to recognize the tenderhearted - to give thanks for them and hope my friends and family can raise more like them.

My work as a journalist was the most meaningful of my life, and returning to that profession remains a long-term goal.

Yesterday I saw "The Post," and, while not a perfect film, it touched on the invaluable role a free press plays in our democracy.

One of the few lectures I remember clearly from my days at UGA was about how the Press was such an essential force as to warrant placement in The First Amendment, and what an honor and a responsibility that was. Each day, as I watch my Reuters, or listen to my BBC and NPR, I feel a deep longing. Long ago I learned what it's like to miss a PERSON. But it continues to surprise me how much I miss a PROFESSION.

I learned so much as a journalist. Every day I saw my job (at the macro level anyway) as interviewing experts in their fields, to learn more about those fields, and report the information back to the masses. I was a sharer. I was an educator. And all the while I was being educated daily on things I hadn't previously known.

Those were the most fulfilling days of my life.

I'm not sure what I am trying to say... and I see the irony in writing about being a communications professional who does not know how to effectively communicate what she's thinking...

I guess I said what I meant to say in my first sentence here.

If God or the Fates or a medical breakthrough or sheer, dumb luck decides to heal me one day, it is my fervent hope I can return to the job I loved - the job that gave me a continuing education, a sense of purpose, an outlet.

This is my love letter to Journalism, to education, to the pursuit of truth.

And I'm sharing it with you.