So Apparently I Am Dying

Death's door is large, brown and covered with medeaval spikes.
I know because I am, apparently, standing right in front of it.

Today I had an interview for an overseas internship, and I was STOKED.
Having spent the better part of a week setting up this interview, I'd foregone my copious hours of playing Bejeweled to fantasize about where I'll go and what I'll do and how awesome it will be. As my Master's thesis focus is on Egypt, I decided on Egypt or Istanbul, Turkey. My bags are fuckin' packed, dude. I can TASTE the sand.

Or I could, if I were only one year younger.

I rocked the interview.
One of the interviewers even gave me his personal laptop to fill out the necessary paperwork.

Which is where my turban hit a snag...

"There's no option here for my birth year."

Concerned looks all around the table.

"Give me just one second. I will be right back."

Two tense minutes later and Juan reentered the interview room. His slumped shoulders and slack expression told me all I needed to know, but he apologized anyway. "I'm sorry, but we can only accept applicants up to the age of 30."

For those of you who don't know, I turned 31 two weeks ago.

Several apologies and much uncomfortable foot shuffling later, I am presented with the following, which stuck in my craw where the Egyptian sand used to be: "I'm sorry. This is just a youth leadership program so..."

Apparently, and somehow overnight, I seem to have lost it.
Misplaced it with too much experience I suppose.
Shoved it under the rug of "I can actually do this and make the most of it" and forgotten where I put it.

Still dreaming? No need. It's wasted on you. But don't worry, you'll soon forget this disappointment as the dementia sets in...

Which I WILL still see.

If only in the hallucinations induced by mixing up my blood pressure medications.
at March 30, 2012 1 comment:

So I was filming on the Georgia State University campus today.
My role? A stalking victim.

Allow me to pain the picture for you:

Then, from over the din of people milling about (and staring) in the GSU courtyard, a yell--

"Dude, does this lady know you are following her?"

Scary black man (aka my friend and the director of the film, Jamiel): "Yeah, dude. Yeah. We're shooting a movie."

"Seriously? Seriously, 'cause you're following her and that's not cool. Do you know he's filming you? Is he bothering you?"

Lil white girl in pretty dress (aka. me) runs to the rescue of Jamiel, who, by this time, is completely taken aback by my knight in shining t-shirt. "Oh yes. Yes. We are filming. I promise you. I knew he was there the whole time."

"Oh yes. Thank you so much, but we really are just filming. everything is ok."

"Thank you, sir. Thank you so much for looking out for me. What was your name?"

"Oh Musa. Like Moose with an 'uh' on the end of it. Seriously though, you're gorgeous. Can I have your number?"

I walked my hero back to his seat before preparing for take 2.
As I did so, my mind buzzed with several things:
1. that if Jamiel had contined filming that shot, it would've been hella perfect for the movie.
2. that chivalry is NOT dead and that I will be eternally grateful to Musa for intervening on my behalf.
3. that, despite the many stares we got on campus while filming this obviously frightening scene, only Musa was man enough to stand up and say anything. Only Musa was man enough to attempt to do anything. And that, my friends, scares the absolute shit out of me. What kind of world do we live in where a woman is being openly harassed and no one steps in to help? Terrifying and eye opening.
4. pretty sure Musa was high as a fucking kite.
at March 30, 2012 No comments:

On Euphemisms (Or sex, for those of you not euphemistically adept)

Alright boys. Enough is enough. It's time to step up your game.

Lemme break this down for you in terms you can understand:

The age of inexperience and excuses has passed.
This ain't the minor leagues, gentlemen.

Yep, when you step up to THIS plate, you better bring your fucking "A" game, 'cause I don't care what stats you posted your previous time out. On THIS field, you're only as good as your last hit.

You bunting? You better have the legs to run it out to first. Pitching? Right down the middle, baby. That's the sweet spot.

And players, I hate to be the one to break it to ya, but sometimes you're gonna hafta accept a sacrifice fly to get your runner home.

Don't get me wrong, you don't have to bring home a "w" every time...but you damn sure better bring 110% when you take the field.

Because even Babe Ruth was traded once his bat slowed down.

And that's the word.

On pandas. And felonies.

Today I made good on a 26 year old promise. And committed a felony.

When I was, oh, five or so, I had the extreme fortune of living next door to my best friend, Shellie Blondell. In those early years, Shellie and I shared many exploits: elementary witchcraft and locking ourselves in a car trunk among them (There were wild strawberries and Moon Dreamers involved. Don't ask...) But despite our veritable cornucopia of childhood exploits, there remains one tale told foremost around the Greer/Blondell campfire: Erin and Shellie's first trip to the zoo.

Always a go-getter, I decided at the ripe old age of 5ish, that not only did I want to go to the zoo, but that there was:
1. Nothing stopping me
2. And therefore nothing stopping me from bringing my best friend
3. And that I was therefore entitled to a car
4. And that that car would not belong to me or any of my kin.

In true Hollywood fashion: What could possibly go wrong?

Intent to see the pandas, I walked to Shellie's house, informed her that I was taking her to the zoo, and then proceeded to climb into the driver's seat of her mother's car.

Now, for those of you who have not yet discovered this, I am an immediate expert at everything I try. It's a curse, and I try to maintain a cool head about it, as expertise brings with it all forms of hardships. I know you likely cannot understand this, as you, no doubt, require practice to acquire skill. Me? I just require the opportunity to shine.

So, buckled firmly in the driver's seat, I informed Shellie that we were off. In mere moments, I would have her at the zoo. Yes, it's be all pandas and zebras before lunch, elephants and polar bears after. I threw the car in reverse.

And slammed into a tree.

The rest is kind of a blur.

I arrive for my shift as a driver for the Atlanta Film Festival, the organizers of which, in their infinite wisdom, have provided me a van to shuttle visiting filmmakers from the W Hotel to the Landmark Midtown. Straight shot. Designated route. 15 minute shifts.

Having just dropped off one filmmaker, I dutifully return to the W for my next pick up.

I am not long in the parking lot when a young female filmmaker and her mother approach the van. In a thick New York accent, the mother asks, "Can you tell us the best way to get to the zoo? We're supposed to take the MARTA [you can always tell a non-native as they inevitably refer to our inept transit system as "the" MARTA] and then catch a bus. Which way is the station?"

I respond with, "oh it's..." only to realize that I have absolutely no idea the best route to tell these two ladies to take on foot. My sputtering "um"s failed to impress. Panicking at the judgement of these foreigners, I quickly rebound, "Get in. I'll give you a ride to the station."

But I didn't give them a ride to the station.

Once inside, these women immediately turned out to be fun, funny and kind. As such, I had only gone about 2 blocks before making the following declaration, "I am fucking in love with you people. Know what? I'll just take you to the zoo."

It was at this point that I had the following simultaneous revelations:
1. I am the most amazing driver in the world and these women are SOOOOO lucky they got me.
2. I have new friends. Hurray!
3. I have absolutely NO IDEA how to get to the zoo.
4. This car is not mine. I am stealing this car.

In true Erin fashion, the first two revelations somehow completely eclipsed the last two. Directions and felony theft be damned, these women were going to see the pandas!

On the lam from the law, I pulled onto the highway. As much of the trip was spent with me chatting away in the rear view mirror to my new besties, I cannot for the life of me tell you how it was that I saw the signs for the zoo. What I do know, however, is that I pulled into the entrance through the exit, and proceeded to drive the wrong way through the lot before making an illegal u-turn and parking illegally.

Did I mention I was in a stolen car?

My NYC friends were delighted. Deep now in our beyond-the-law exploits, my friends and I talked for several more minutes. We laughed. There were many smiles. And tearful goodbyes. (At least, I fancy that they cried after they got out of the car. I am sure they would have cried in my presence, had none of us been preoccupied with attempting to open the automatic doors. Tricky stuff, that. Apparently there is a secret, hidden button. Who knew?)

As I pulled out of the parking lot and onto the thoroughfare through Grant Park, the truth of what had just happened dawned on me like the midday sun:

I, for the first time in my life, had actually driven to the zoo. And, like my first (failed) attempt at doing so, I had taken a stolen car.

Despite being raised in this city, this was the first time I had ever made it to the zoo while in the driver's seat. This, my friends, was nothing short of a profound moment: life altering. Life affirming. Destiny.

This, THIS, was a moment for the ages. A moment to be shared.

I picked up my phone. I called Shellie Blondell. 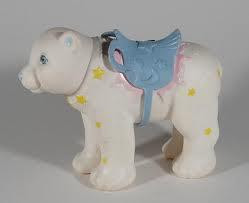 Who you are and who I loved are two entirely different people.
at March 20, 2012 1 comment:

My Christmas gift from the in laws.
Got it last night. 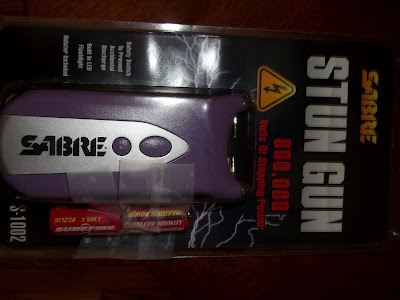